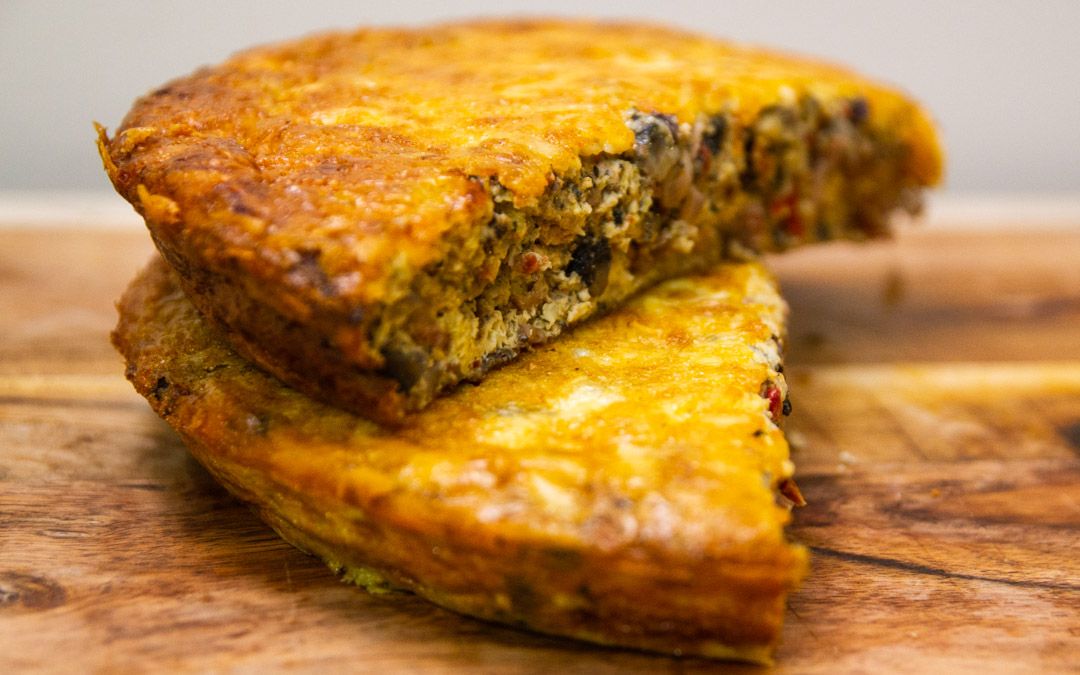 Skip to Recipe
This delicious nutrient-dense Crazy Simple Keto Quiche can be served up for dinner straight after cooking, or, it can be served cold the next day for lunch.

With its hints of wholegrain mustard, bacon and cheese, it can be served with either steamed vegetables, stir-fried garlic greens, a large leafy green salad and side of deliciously creamy dreamy Keto Cauliflower Mash. It can be described as a flan or tart with a savoury egg-based filling containing vegetables and meat or seafood, then topped with stretchy melted cheese. Here at Crazy Simple Keto, we eat many variations of quiche but this recipe would have to be our favourite. What’s the Difference between Quiche and Frittata?

Traditionally, quiche was made using a pie/flan base or crust and then filled with the savoury custard-like filling and other ingredients and then baked in the oven.

Quiche does not have to have a crust though. We prefer without because I am not a huge pastry fan.

Quiche usually contains either milk or cream as well. Quiche also comes in other variations like Quiche Florentine or Quiche Lorraine which are both delicious.

Whereas, a frittata does not have a crust and is usually initially cooked in a pan and then baked in the oven to finish. With similar ingredients as a quiche but is more like an open-faced omelette.

What we do with quiche here at Crazy Simple Keto?

So, we always make a giant quiche, like one that serves 8-12. We chop it into it’s serving size and keep some in the fridge for the following day’s breakfast or lunch and we also freeze a heap as it freezes really well.

When we know we have a really busy week ahead and we know cooking lunches and dinners will be a struggle with limited time, we use the serves in meal prep containers and add either a giant salad with it or a side serve of cauliflower mash. 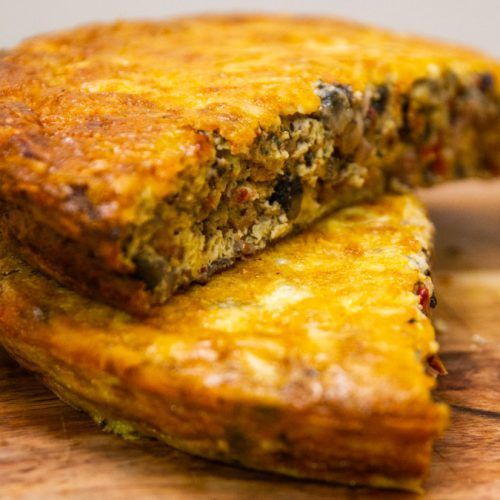 Keto Muffins as an Alternative

If you are looking for a spin on this Mediterranean Keto Quiche, then check out our Antipasto Keto Muffins for something smaller for on the go!